Thalang National Museum is located in Phuket and can be operated under the umbrella of the Department of Archaeology and 15th museum of the Fine Arts Department. The museum is the national museum of Phuket and the museum is honored as it protects the Thai independence during the 9th Battalion War. The museum was constructed in 1985 and its opening ceremony was presided by HRH Princess Siridhorn on March 14, 1989. Although the museum is small, you will be amazed by the collections that you will find inside it. The museum gives an in-depth insight into the side of Phuket that is unknown to many tourists before coming here.

What to See & Expect

The museum is set in a leafy green and it is surrounded by a large car park just out front. At the main entrance, you will show a collection of ancient artifacts which is unearthed in the Andaman area and it also includes m tall statue of Vishnu from the ninth century that is found in a forest in Phang Nga province in the north of Phuket.

At the next hall, you will see a display of life-sized wax figures that are arranged in a diorama of the War of Thalang in 1785 which shows the crucial historical moment in Phuket’s past. From the wax figures, you will learn about the heroic sisters of Lady Chan and Lady Mook that used clever battle strategies to fight off the invading Burmese army and help save the island. These sword-wielding women can be seen on nearby Heroines’ Monument where most of the locals that drive past used to pause and bow or stop to place the garlands at the base of the statue to pay homage to them.

In the third hall, you will see a display of Phuket’s Hokkien Chinese culture who arrives in Phuket at about 200 years ago to work in the tin mines. The Chinese immigrant population is the island’s most powerful ethnic group because they control most of Phuket’s politics and business. Like most of the parts of Thailand, the Chinese integrated well into the local culture and most of the vibrant festivals like the Phuket Vegetarian Festival were founded by the Chinese community.

The final exhibition hall in the museum was dedicated to Phuket’s Muslim and Chao Lay cultures which include wax-figure tableau of a sea gypsy boat-floating ceremony. Since the Thai Muslims is only about one-third of Phuket’s population, the culture is under-represented in this hall. In the next building at the museum, you are going to find Chao Lay traditional houses and boats that look a bit neglected.

The oddest display of the museum is the Tsunami Exhibition Hall which can be found outside. There is also a collection of broken-up, smashed items that are salvaged from the tsunami that hits Thailand’s Andaman coast under a tin roof. The memorial under-represent the millions of people that were affected by the giant waves but you will get an insight into their life before the tsunami happened.

The best thing about the museum is that it is a cheap and cheerful place to go if you want to learn about the history and culture of Phuket people and a complete tour will not take you more than an hour. It is also a perfect place to go during the rainy afternoon or a stopping-off point for a brief visit before heading to Phuket’s east coast.

How to Get there

To get to the museum, you will take the Paklok Road which heads the eastern part of Phuket from the Heroine’s Monument. You will find the museum just 100 m on the right-hand side.

It will cost 100 baht to enter the museum.

The Big Buddha
Next 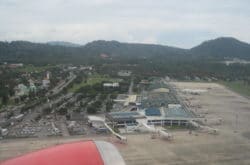 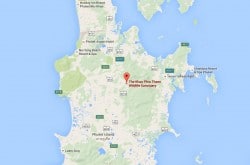 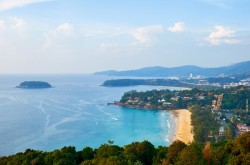