How To Get From Bangkok To Pattaya [2021 Guide] 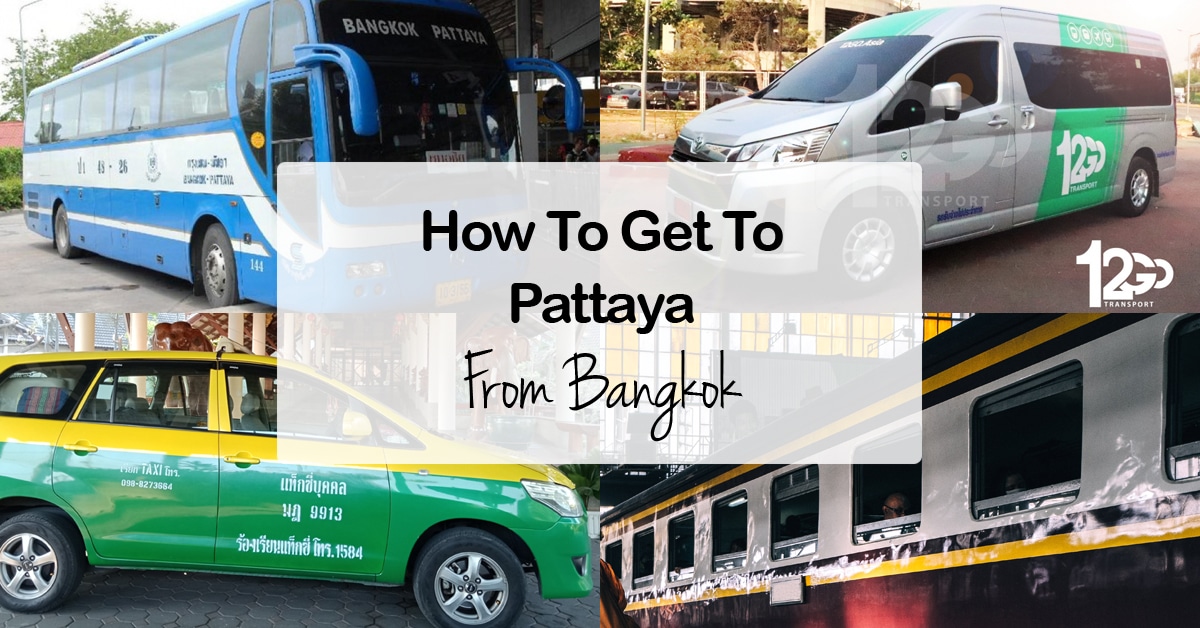 Pattaya is one of Thailand’s most popular destinations, with most travelers wanting to experience the notoriously raucous nightlife on offer. Pattaya’s walking street, in particular, is a heady mix of drinking and partying, with visitors bathed in the gaudy neon glow of the various go-go bars and nightclubs into the evening and beyond. Modern Pattaya has a lot more to offer than just partying, however, with the city offering an amazing array of dining and shopping options, alongside ancient temples, watersports, great golf courses, bowling, cinemas and huge mega-malls such as Pattaya’s very own Terminal 21. As well as having a newly remodelled beach, Pattaya also has a number of excellent attractions suitable for the whole family, including two zoos, an aquarium, elephant park, a water park and much more besides.

Pattaya offers a huge array of accommodation options, with the competition amongst hotels meaning some fantastic deals can be found with comfortable guesthouse rooms available from as little as 400 baht ($12.60). If you want to be close to the beach, then make sure to consider staying on Beach Road, where you can find guesthouse rooms from around 600 baht ($20) per night.

Pattaya is much bigger, busier and noisier than somewhere such as Hua Hin, being popular with tourists from many countries as well as large tour groups, but it’s not hard to find pockets of calm amongst the chaos. For a more sedate experience, Jomtien with it’s arguably more pleasant beach is only a few kilometres south of Pattaya City, and still has a great range of restaurants and attractions.

Pattaya is also very close to Bangkok, being only 2 hours drive from the capital, making it accessible and convenient for travelers, meaning that it is a popular destination for both Thais and tourists alike.

In this post we take a look at the best ways to get from Bangkok to Pattaya, the different methods of transport available, departure points, departure times, fares, booking information and travel tips.

Bangkok to Pattaya by Bus

It’s possible to get buses to Pattaya from several places in the capital, including the Southern Bus Terminal (Sai Tai Mai), the Northern Bus Terminal (Mo Chit), the Eastern Bus Terminal (at Ekkamai BTS), as well as from the airport (Suvarnabhumi International Airport). Buses leave fairly regularly and are very good value.

From the Southern Bus Terminal (Sai Tai Mai), public buses leave every couple of hours between 05:30 and 18:30.

Buses generally take around two hours from the city centre stations, and 90 minutes from the airport, obviously depending on the traffic. Be warned that you will find it awkward traveling on public buses in Thailand if you have an excessive amount of luggage so try and keep it to a minimum.

Bangkok to Pattaya by Minivan

There are numerous companies operating minivan services between Pattaya and Bangkok. To make a booking, you can do so via your hotel, the nearest travel agents, or online via www.12go.asia. Minivans are quick, good value, and most of the time they can even pick you up from outside your hotel.

12Go offer a minivan service from Makkasan station, which is only a couple of kilometres from lower Sukhumvit and easily accessible by MRT. Buses depart 9:30 am, taking two hours and costing 350 baht ($11), plus you have a choice of drop-off point; Central Festival Beach Road, Pattaya’s Terminal 21 or Jomtien Beach Road.

Mama Travel & Tour run three vans a day from Khao San to Pattaya between 09:00 and 15:20, costing 300 baht ($10) one way. If you are staying in the Khao San Road area they will collect you from your guesthouse or hotel.

Bangkok to Pattaya by Train

There are two train services to Pattaya, departing from Bangkok’s Hua Lamphong Station. However, trains are not popular with the majority of tourists for several reasons. Both services depart before 7 am and they are slow, often stopping at many smaller stations meaning that the relatively short journey takes between two and a half and three and a half hours. Tickets are cheap at 31 baht ($1) for third class and 71 baht ($2.25) for second class, but the trains are old with uncomfortable seating.

Bangkok to Pattaya by Taxi

A private taxi from the airport is the quickest and most comfortable way to get to Pattaya from Bangkok, and costs are still very reasonable by western standards. Taxis from the airport are slightly cheaper as it is closer to Pattaya, the basic meter rate will be about 1100 baht, but you will also have to pay the airport pickup charge (50 baht) and the toll fees along the way which add an extra couple of dollars, so total cost should be around 1300 baht ($41), which isn’t bad for a 150km journey. Many taxi drivers will try and negotiate an all-in fee and not use the meter, which inevitably costs more, expect them to ask for 1500-2000 baht ($47-66). The journey takes between 90 minutes and 2 hours, depending on traffic.

For a small group, private taxis offer the best value as you can be picked up from your hotel in Bangkok and taken directly to your hotel in Pattaya in air-conditioned comfort, whereas with other services you will still need transport to your hotel after being dropped off in Pattaya. If you split the fare between a few travelers, it is a good value and easy way to get there.

If you are traveling by other means, contact your hotel in Pattaya in advance, many will be able to pick you up from the drop-off point or at least arrange a taxi to come and get you.

Pattaya has an excellent songtaew service, known locally as the “baht bus”, which can get you around the city quickly and very cheaply. Consider using them during your stay to save money.

Pattaya is also served by an airport between Pattaya and Rayong called U-Tapao, which is a joint military and civilian airport. However, it only serves a few locations, notably Koh Samui and Phuket, and when you arrive it is still a 45-minute drive north to Pattaya city. It may be a good option for some. 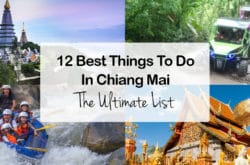 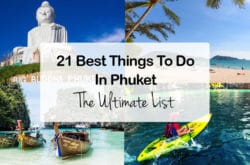 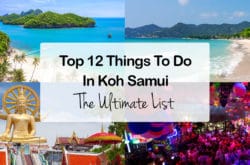