The Lumpinee Boxing Stadium was created back in December of 1956 and it is one of the seven boxing stadiums within the country of Thailand. Many of the popular Thai boxers have trained and fought at this stadium, but the stadium has also found a way to promote Thai boxing around the world.

The original stadium needed to be relocated when new owners wanted to maximize the space of the land they were renting on a yearly basis. The new stadium was constructed on land that was part of the Army Sport Development Center in Ramintra. The construction of the new stadium began in August of 2012 and it was ready in February of 2014.

Approximately eight thousand people can sit, or stand, inside this new stadium as they watch one of the exciting Muay Thai fights. Each one of the spectators will need to pass through security, which is handled by military police officers. These officers should never alarm anyone, because the Lumpinee Boxing Stadium is run by the Royal Thai Army.

Every Muay Thai boxer is different in size, which is why there are different matches according to a boxer’s current weight. A mini flyweight, who weighs approximately one hundred and five pounds, will only fight someone of approximately the same weight. The same holds true for super welterweights, who weigh about one hundred and fifty-four pounds. Every boxer is trying to achieve the ultimate goal in their match though, which is winning the Muay Thai Champion of Lumpinee title.

These matches are quite different than other fighting matches that many people have seen in other parts of the world. Muay Thai fighting includes a comprehensive mix of both martial arts and boxing. This means that fighters will utilize knee strikes, kicks, elbow strikes, and punches to contact their opponent in eight different spots. Since most traditional boxers only use their fists, which allows for two contact points, Muay Thai is much more intense for those who are watching.

Everyone who is visiting the area seems to think that they need to be ringside to have the best experience, but that isn’t true at all. The real fun and excitement can be found higher up, where the locals sit, and the tickets cost less. Those who choose to sit up there can learn a lot about this sport from the nearby locals, while also learning some of the local language to use to cheer on the fighters.

Muay Thai matches normally take place on Tuesdays, Fridays, and Saturdays, but everyone will want to check their website for the fights of the week as well as the times of each one. After all, no one will want to miss a phenomenal Muay Thai fight when they are visiting the area. 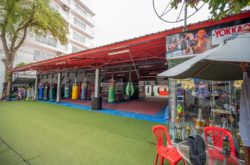 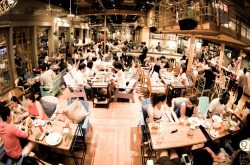 1 23
We use our own and third party cookies on our website to improve your experience and our services, and to analyse the use of our website. By clicking “Accept”, you consent to the use of ALL the cookies.
Cookie settingsACCEPT
Manage consent