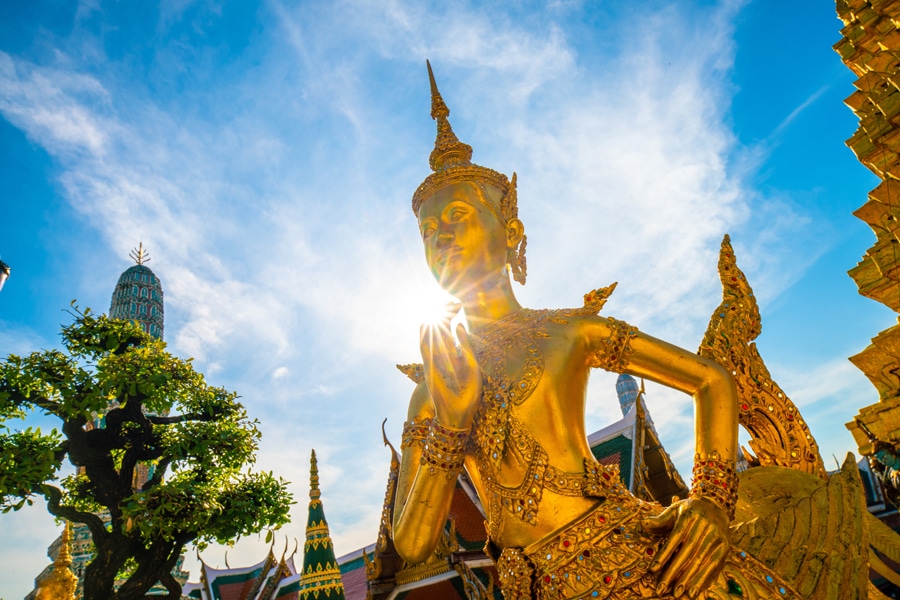 Almost everyone seems to have a friend or family member who has holidayed in Thailand at least once, the country has evolved from a backpacker’s haven in the 80s into a world class destination offering super-luxury hotels and resorts, and it’s rise in popularity is for many, very good reasons. Thailand offers some of the best food in the world, year-round great weather, a laid-back atmosphere and some truly amazing beaches. And to top it all off, it’s great value, with the majority of costs being significantly lower than back in your home country.

However, as well as being a fantastic country for holiday-makers, Thailand also has a rich and interesting culture which goes back centuries and persists to this day, with Thai people being very proud of their country and their heritage. Taking a bit of time to understand Thai culture will help you to comprehend some of the things which you may experience when on holiday, and can help you to avoid inadvertently offending the locals. There certainly are a few idiosyncratic concepts which you should try and understand, as some of the Thai ways of thinking can be quite frankly confusing to a first time visitor from the West.

Most Thai adhere to a branch of Buddhism called Theravada Buddhism, and this provides the overarching system of beliefs and values upon which modern Thailand is based. You will see a huge number of beautiful temples, known in Thai as “wats” as you travel around the country, with the associated monks dressed in their bright orange robes. The monks are highly revered by the Thai people, and they are not only given gifts of food and drinks daily by many Thais, but they also enjoy benefits from the government including free public transportation. Thai people also have strong beliefs about ancestral spirits (or ghosts), and you may see spirit houses outside houses and businesses where people can offer food and drinks to them – red Fanta seems to be a particularly common offering.

When visiting a Thai temple, ladies in particular need to ensure that they are dressed respectfully, this means wearing clothes that cover the knees and shoulders and men should not wear tank tops. Also when at the temple, you should be aware that Thai monks are forbidden from touching females, and this extends to not being able to accept gifts or money directly from women, they must either set them down or give them to a male first.

An important thing to remember regarding Thai Buddhism is that the top of the head is sacred, so you should never touch someone on the head, conversely the soles of the feet are the lowest and most unclean part of the body, so be careful not to point the soles of your feet at anyone, this includes stepping over people who are lying down (this is a big no-no). And despite what you may have seen going on in the evening in Bangkok, Thai people are very reserved, things such as nudity and public displays of affection don’t go down well.

Buddhism isn’t the only religion in Thailand, there are small numbers of Christians and Muslims (especially in the southern provinces), and you might come across some Hindu tailors in Bangkok, but around 95% of Thais consider themselves to be Theravada Buddhists.

Thailand’s geographical location has meant that over the centuries, the country’s culture has absorbed certain elements from neighbouring countries, and Hinduism in particular has made a significant contribution. Thailand was once a country comprised of many different tribes, most of which held similar beliefs, traditions, and language, allowing them to integrate seamlessly to produce the national identity which you see today. Thais are very patriotic and proud of their country, and the history of the development of Thai culture can be seen in several museums, and is well worth checking out.

It would be almost impossible to talk about the cultural identity of modern Thailand without mentioning the influx of Chinese inhabitants which happened throughout the 19th Century and beyond. In fact as of today, around 15% of Thailand’s population is Chinese descended, and they are well represented in all levels of Thai society. In particular, the Chinese Thais are well known for their business acumen and financial skills, and many have, as such, ascended into positions of seniority within the country.

Most Thais are fiercely patriotic and proud people, and are often quick to point out that they were the only south-east Asian nation to resist colonisation. It is highly likely when you visit Thailand that you will meet adults who have never left the country, and have no desire to do so – a concept which would be quite alien for a modern European.

The concept of “loss of face” can be a bit bewildering, but in a nutshell it will encompass a Thai person doing or saying the opposite to what you would expect from a Westerner, because the Thai person doesn’t want to be seen in a negative light. As a simple example, if you ask someone for directions in London, they would usually say “yes, I know where that is”, or “sorry, I have never heard of that place, you will need to ask someone else”. However, if you ask someone for directions in Thailand, they would most often be unwilling to give the latter response in the fear that they could look stupid, instead they may make something up, which could potentially cause you a lot of inconvenience.

Another loss of face concept is showing anger or negative emotions. Showing anger in Thailand is heavily frowned upon and is considered to be a serious loss of face. Also, pointing out someone else’s error can bring about loss of face, such as when your food comes with chicken instead of shrimp. The Thai way of dealing with this is through “mai pen rai”, or no problem, where they would ignore the problem and carry on as normal rather than make a complaint and kick up a big fuss, as that could result in loss of face on both sides.

This can result in mind-boggling frustrating situations for the first time visitor, whether it is a taxi driver who drives for miles before admitting he doesn’t know where your hotel is, to a kind of Mexican stand-off where someone thinks they’ve been short-changed (which can and does happen). Should such situations arise during your travels, do what the Thais do, try and forget about it and move on, trying to escalate a scene and causing someone serious loss of face can end badly. This doesn’t mean people can scam you freely though, if you believe that you were ripped-off, write down the details of what happened and contact the tourist police on 1155.

The concept of loss of face, and the subsequent unusual answers Thai people may give to direct questions can often be perceived as lying – in a manner of speaking it is a white lie because they are scared of looking stupid or admitting that they were wrong about something. Whether you perceive this as lying or not is very much up to you, but it’s something that you need to understand.

Thai politics will make your head spin. Sometimes it seems that nobody trusts anyone and that everyone is just trying to seize power. Well, actually that may be the case as since 1932 Thailand has experienced an incredible 19 coups! Politics is something that, just as in many countries, can cause deep divisions amongst the citizens, indeed you may remember all the trouble around a decade ago with the red shirts and the yellow shirts.

When things come to a head in Thai politics, as they often do, inevitably there will be rioting and people getting killed. Like I said, it is almost impossible as a foreigner to completely get your head around Thai politics and if that’s something that interests you, I suggest you read about it in your own time. Do not discuss it with Thais, as an innocent question or comment could get you into hot water fairly quickly.

The royal family in Thailand are held in very high regard and loved and respected by everyone, which will no doubt be very different to your home country. Never forget this. There are strict laws about saying anything negative about the royal family and they apply to everyone, tourists included! These laws also apply to any images of the royal family and any comments either written or spoken. This may sound odd to you, but as banknotes and coins also hold the king’s image they must be handled with respect. Never just throw a crumpled 20 baht note down to pay for your game of pool, and if a coin drops and starts to roll away, do not stamp on it (remember what we said about the soles of the feet).

You will see that many, if not all Thai businesses and homes will have a large image of the king, although you may see many pictures of the previous king, Bhumibhol Adulyadej, this is because a lot of Thais feel a great attachment to the late king who reigned for 70 years. In any case, do not point at such images, and understand that defacing an image of the king will in very serious trouble and facing a lengthy prison term, as a Swiss man found out in 2007 after being sentenced to 20 years in prison for defacing a picture of the king with a can of spray paint (it was later halved to 10 years).

Do’s and Don’ts When in Thailand

Do show respect to the locals at all times.

Do remove your footwear before entering someone’s home or a temple (and some shops).

Do try and learn a bit of Thai – it goes a very long way.

Do try and remember that you are a guest in their country, behave accordingly.

Do dress conservatively, appearance is important in Thai culture.

Do show respect to Buddha images and pictures of the royal family.

Don’t raise your voice or get angry, no matter what has happened.

Don’t touch the top of someone’s head, even a child.

Don’t show the soles of your feet to someone or step over someone lying down.

Don’t point with your index finger, use your whole hand with open palm to point.

Don’t disrespect the royal family in any way, shape or form.

Don’t get involved in a conversation about politics.

Don’t get into a fight under any circumstances, always walk away.

Don’t expect complaints to be taken seriously, if you had a small issue with something it’s best not to make a scene.

Thai people are very laid back, especially with timekeeping, so don’t get annoyed if someone is running late.

Do not get a tattoo of a Buddha. Also, do not try and take home a Buddha as a souvenir, it is strictly forbidden.

Do not sunbathe nude or topless (for women), under any circumstances, this is very disrespectful.

Do not engage in public displays of affection, however, holding hands in public usually won’t draw too many stares. 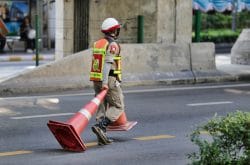 How To Stay Safe In Thailand