Wat Chedi Luang (or “The Temple of the Great Stupa”) is an ancient and important temple in the centre of Chiang Mai, the construction of which was started in the 14th Century, making it one of Chiang Mai’s oldest temples. There were ongoing difficulties during construction which meant that it was not finished until the 15th century and disaster struck almost a century later when the building was destroyed by an earthquake. It is a very interesting place to visit, and every day the monks hold a “monk chat” where tourists can ask the monks questions about anything they like.

The temple is set in a sprawling complex which includes the main temple building itself, which was reconstructed in the early 1990s, as well as the city pillar shrine amongst several towering and ancient Dipterocarp trees. The temple’s original emerald Buddha was moved to Bangkok centuries ago but there is a replica made from jade set in the eastern niche. The original chedi shows extensive reconstruction work although there are many original features, however the top portion has been left unfinished. There are also two large viharns (Thai-style temple buildings with layered roofs).

The complex is located on the Prapokklao Road, in the centre of Chiang Mai’s old city (the part inside the moat), so depending on where you are staying you may well be able to walk there. If not, a short tuk-tuk or taxi ride will get you there easily.

Wat Chedi Luang is open every day from 6am to 6pm, and admission is free.

As this is a still a working temple, dress code is respectful, with women needing to cover knees and shoulders, and footwear must be removed before entering any of the buildings. 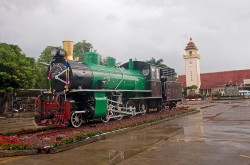 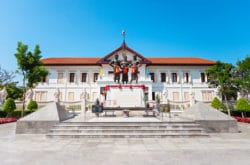 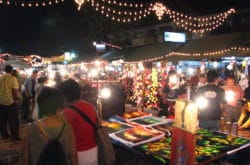